Few bands defined 80s rock better than REO Speedwagon. The group was responsible for some of the biggest love songs of the era. Still going strong today, REO Speedwagon hits are often chosen as wedding songs. 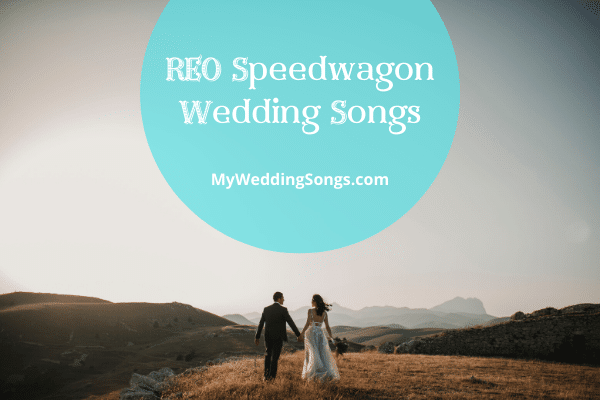 REO Speedwagon was formed in 1967 by Neal Doughty and Alan Gratzer. Both were students at the University of Illinois. After an impromptu jam session, the two students seek the assistance of other musicians to create a band. They named the band after a popular model of the Oldsmobile car.

Gary Richrath became the band’s lead guitarist and primary songwriter. Later a young singer named Kevin Cronin would join the group to create the trademark sound that helped REO Speedwagon dominate MTV in the early days of the network.

The band’s greatest success was the 1980 album Hi Infidelity. The pop sound of the album helped to usher in a new style of music that would later come to be known as 80s rock. The album spent 32 weeks in the top ten including 15 at the prized No. 1 spot on the Billboard charts.

Today REO Speedwagon still performs with original member Neal Doughty and also Kevin Cronin. The band has been a musical sensation for over 50 years.

The staple of REO Speedwagon has always been love ballads. There are many to choose from when you are planning music selections for your wedding. REO Speedwagon wedding songs are emotional and suitable for many parts of your ceremony.

I Can’t Fight This Feeling
1984, Wheels Are Turnin’

This song from REO Speedwagon’s Wheels Are Turnin’ album in 1984 may be the top wedding song recorded during the 80s, and it endures in popularity thirty years later. Most couples like to have this song played as a part of the bride’s processional, but it works in any wedding day context.

This became the first major hit for the band in 1980, a song of love and dedication that endures throughout all the tough times’ couples face. It is a piano ballad written by Gary Richrath that can either be used as an alternative processional or as the soundtrack for a first dance.

This REO Speedwagon wedding song is an example of the kind of song the band does best, a soft and slow ballad that builds to a strong pop-rock climax. You might want to play this song as your wedding guests are being seated if you want to include multiple REO songs on your special day.

REO Speedwagon released a collection of their most successful love songs on The Ballads in 1999, and this was one of two original songs recorded for the album. It is a piano ballad with tender lyrics that express a man’s promise to love his bride forever.

One of the hits from the album Find Your Own Way Home, this song was specifically written as a possible wedding song by REO singer Kevin Cronin. It is a song that should be played as the bride is making her entrance into the chapel.

Live Every Moment
1984, Wheels Are Turnin’

Weddings should be a celebration of all good things in life and the commitment to live each day to its fullest, and that is the theme of this uptempo ballad. It is a song that you will want to play at your reception for all the wedding guests to enjoy.

This song comes from a collection of REO Speedwagon’s most successful songs titled The Hits, and it was one of just two original songs recorded for that album. The theme of the song is a man’s longing to be with the one he loves, so it is a nice choice to play while the bridal party is taking their place for the ceremony.

This is an epic song that expresses all the emotions that one man can feel for one woman on your wedding day, and it resonates with a promise that is similar to the wedding vows. The song is a long one, so it can be used for the parts of a wedding ceremony which take time to complete such as the bridal party’s arrival.

Then I Met You
1996, Building the Bridge

This love ballad from the album Building the Bridge speaks of wandering through life until your special one appears, and grooms love to play it for their bride on your wedding day. It can even be sung karaoke-style by those grooms who want to create a memorable wedding reception moment.

One True Man
1996, Building the Bridge

This is another REO Speedwagon hit that appears to have been written specifically for weddings, and it is an acoustic guitar ballad that you can play before the bride enters the wedding venue. Use the song to highlight the groom and his expression of love and devotion to his new bride.

All Heaven Broke Loose
1990, The Earth, a Small Man, His Dog and a Chicken

Those couples who want a dramatic love song to announce their arrival as man and wife often choose this REO Speedwagon hit. It should be played by the DJ as the couple enters the reception hall, and it can also be used for the send-off to bring things full-circle at the end of the evening.

Till All the Rivers Run Dry
1999, The Ballads

Kevin Cronin and the rest of REO Speedwagon were going through a country music phase when they recorded this song for The Ballads. Like many country tunes, this song is very good for wedding reception dancing.

This love song is one that expresses hope for a brighter future, and that is something that many couples want to convey to their wedding guests. The lyrics here are sentimental and should be given to those parts of the ceremony where the couple is presented as one soul.

I hope you enjoyed our list of REO Speedwagon love songs to add to your wedding playlist.  Think we missed a song?  Be sure to comment on your suggestion below so that we can add it.  We have a list of many other musician song lists.