The Suddenlys is a four-member band consisting of Whitney Fenimore, Molly Stevens, Whitney Dean, and Andrew Hannigan.  We discovered the band with their release of the song “I Want To Make You Mine” in August 2020.  We knew the song could be a very memorable wedding song.  So, when we received an email from Andrew, not only did excitement fill the air but jumped on an opportunity to interview the band.

If you are a fan of Folk/Americana music, then The Suddenlys should be added to your playlist! 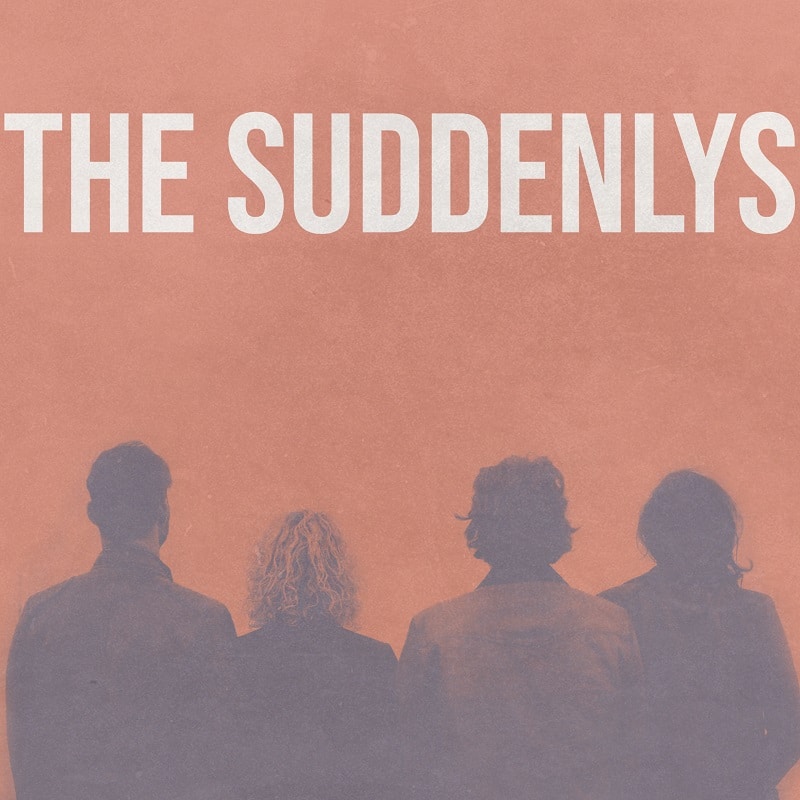 The Suddenlys Interview by My Wedding Songs

How did the band join and start playing together?

Thank you! We are all friends and musicians living in and around Nashville and so prior to The Suddenlys, we all wrote together frequently, played on each other’s records, played shows together, etc. But we were never part of a single group altogether, it was more that we would help each other out musically whenever we could. One afternoon Molly, Whitney F, and Andrew got together for a co-write at Molly’s home in East Nashville and ended up writing the song “I Need You” together. It immediately had a sound to it that felt like something we should pursue together as a group. We sent over a voice memo recording of the song to Whitney Dean (of The Sweeplings) who also loved the song and suggested we keep chasing the sound together as a group by writing more songs.

Shortly after all headed down to New Market, AL to write together. It was a fun process just hanging out in the studio, writing songs, and figuring out the sound of the EP – really it was just a good excuse to all hang out together! A few more trips down to Whitney’s studio and we had five songs written and recorded. The whole thing happened pretty suddenly 🙂

Who are some of the artists that have influenced your music style?

As a group, we are sort of a blend of Americana and Pop Country and we definitely pull from both sides. Some of the bands that influenced us from the Country world are groups like Little Big Town and Lady A. Those bands especially influence us vocally for our harmonies and choruses. But on the Americana side, we love groups like The Weepies, Mandolin Orange, and The Avett Brothers which all have more intimate and organic instrumentations, along with beautiful harmonies. So that’s the sound really for us, a hybrid of Country melodies and harmonies and Americana instrumentation and arrangement.

You recently released the song “I Want to Make You Mine”. Can you tell us the backstory of the song?

“I Want to Make You Mine” is a simple love song about being with someone you love and the joy of taking a step forward together. That step forward could be the start of a brand new relationship, getting married, or having a child. All those things were happening to various members of our group around when we were writing this song, so we all were able to relate to the song in different ways while we were writing it. I think people connect to the song for that reason. Because we wrote about love from our own four different perspectives, there’s room in the song for each listener to find his or her own love story as well.

Do you have any favorite lyrics in “I Want to Make You Mine”?

You and me, it’s all we’ll ever need

Even if the sun refused to shine

As long as you are mine

It just makes us smile 🙂

“I Want to Make You Mine” makes for a great wedding song. Can you share any wedding stories with the song?

Well, the full EP has only been out for a few weeks, but we’ve already had people reach out to us to ask if they could perform the song at weddings, which is very special to us. We have actually written up chord charts for some folks that have reached out requesting them! We hope people keep finding ways to use our music for special occasions like that.

With so many people sheltered in place and social distancing, what have you been doing to keep busy?

We’ve been staying creative and all of us have been spending more time with our families which has been awesome. Live music is still not fully back, but it’s still a great time to write and create. Many of us are using the time to work on our music production skills and hone our skills in that world while we have extra time on our hands to learn new things!

If you were able to play with any current music artists, who would they be and where would you play?

The Ryman Auditorium has always been the dream venue. Especially coming from Country roots, we would love to play that stage. But in terms of artist, man that’s a hard question! We have so many artists we’d love to share the stage with! I mean Dolly Parton and Little Big Town would be a great start 😉

What is your proudest moment in the music industry? Have any goals?

We’ve been fortunate to have some very proud moments individually in the industry from being featured on NBC’s The Voice, opening in concert for legends like Lori McKenna and Ronnie Milsap, producing for many incredible artists, having music featured in major films and Netflix series. But as a team of four, The Suddenlys is the biggest project that the four of us have worked on altogether, and we are super proud of how it came out!

Do you have any plans to release new music or upcoming projects?

We have just released our first EP, which is available to stream now on all platforms! It has our first two singles “I Want To Make You Mine” and “I Need You”, plus three brand new songs, “Free”, “Miles To Go”, and “You Bring Me Home”. “Free” and “Miles To Go” are both upbeat and high-energy, especially Miles To Go which has some bluesy grit to it. And “Home” is a warm song about feeling at home with the one you love. We are super proud of the whole project and hope that everyone reading enjoys the music as much as we enjoyed creating it!!

Thank you so much to the members of The Suddenlys for this exclusive interview.  I wish you loads of success.

Other musicians interviews to read:

Wedding Planning Committee of Friends – Their Roles and Selections

Wedding Planning Committee of Friends – Their Roles and Selections

Top 50 Amazon Music Songs To Play At Your Event

Top 50 Amazon Music Songs To Play At Your Event